When you visit our website, we will use cookies to make sure you enjoy your stay. We respect your privacy and we’ll never share your resumes and cover letters with recruiters or job sites. On the other hand, we’re using several third party tools to help us run our website with all its functionality.

But what exactly are cookies? Cookies are small bits of information which get stored on your computer. This information usually isn’t enough to directly identify you, but it allows us to deliver a page tailored to your particular needs and preferences.

Because we really care about your right to privacy, we give you a lot of control over which cookies we use in your sessions. Click on the different category headings on the left to find out more, and change our default settings.

Without these cookies our website wouldn’t function and they cannot be switched off. We need them to provide services that you’ve asked for.

Want an example? We use these cookies when you sign in to Kickresume. We also use them to remember things you’ve already done, like text you’ve entered into a registration form so it’ll be there when you go back to the page in the same session.

Thanks to these cookies, we can count visits and traffic sources to our pages. This allows us to measure and improve the performance of our website and provide you with content you’ll find interesting.

Performance cookies let us see which pages are the most and least popular, and how you and other visitors move around the site.

All information these cookies collect is aggregated (it’s a statistic) and therefore completely anonymous. If you don’t let us use these cookies, you’ll leave us in the dark a bit, as we won’t be able to give you the content you may like.

These cookies allow us to provide you with better functionality and personalization. They may be set up by us or by third party providers whose services we’ve added to our pages.

The purpose of these cookies is to give you a more personalized experience, based on your previous visits and choices. If you don’t wish to allow these cookies, these services may not work.

We use these cookies to uniquely identify your browser and internet device. Thanks to them, we and our partners can build a profile of your interests, and target you with discounts to our service and specialized content.

Back to Career Center

Can Your Social Media Activity Prevent You From Getting The Job? 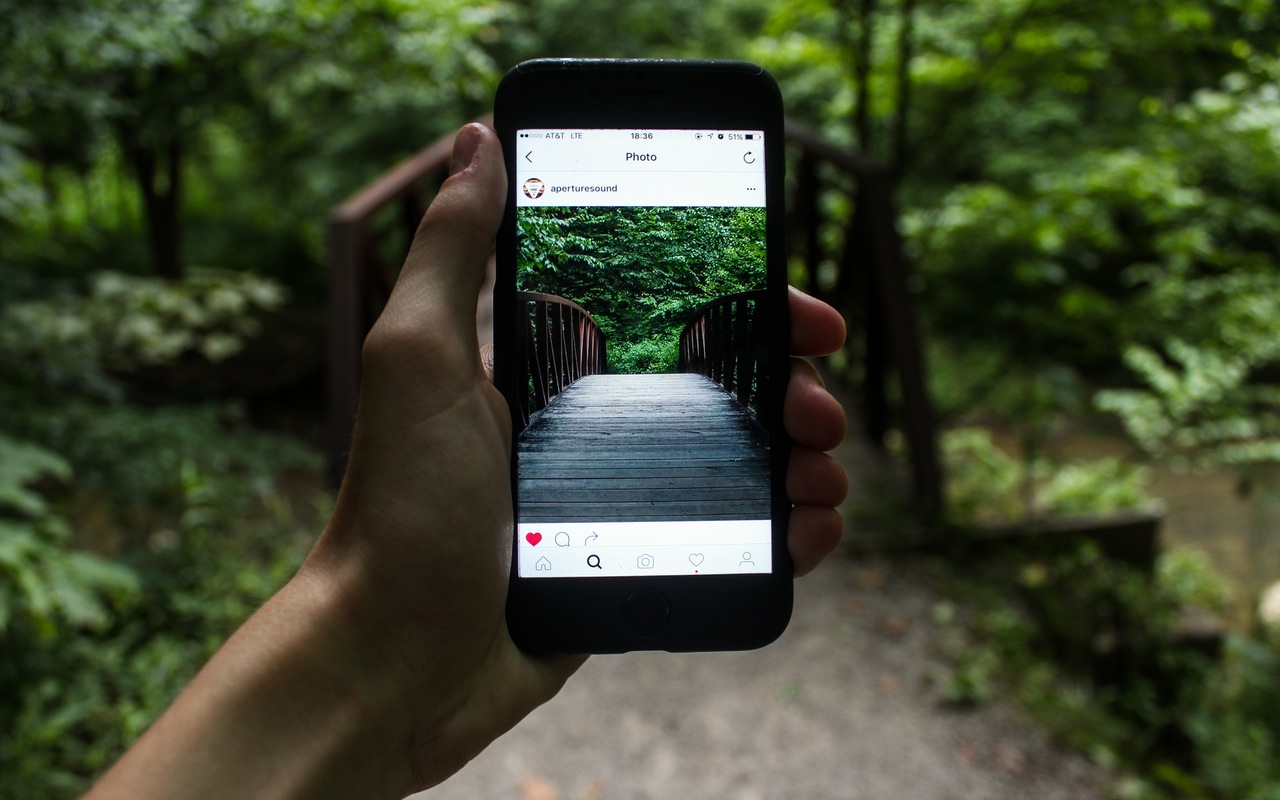 We do like to talk a lot about how beneficial social media can be for the unemployed Average Joe scouting for an opening at a company they really want to work for. Most of the job scouting actions and processes have been transferred to the virtual environment, making a transition from being physical to being digital. There are websites dedicated to recruitment which benefit both the employer and the future employee.

But, above all, we can also uniquely and creatively make use of the other tools in the online environment at our disposal. Social media can be useful for so many other things except for liking Auntie Betty’s latest photographic evidence of the unmatchable beauty of her cat (for instance). All in all, digital job hunting has been completely blown out of proportions.

There’s no secret that it’s helped many people land positions, even prestigious positions, because said people knew how to manipulate the material to their advantage. They created subtle resumes out of the display of their hobbies, likes, activities, and timeline. Moreover, the job scouting process itself can be just a little bit easier if you’re capable of looking up the company with one simple search on Twitter and getting in contact with them.

However, as the yin to its yang, we can talk about some kind of “weaknesses” too. Social media might be helpful in the hands of the aspiring employee, but what does it look like to the recruiting company?

How Does It Happen?

According to a survey conducted using May of 2015 as a reference, over 50% of employers at present use social media as ways to filter through their job candidates. The numbers are a blatant improvement when laid out next to previous years, which only proves that the attention we pay to our harmless hobbies will only need to be greater in the future.

Social media is a good way for the employer to learn more about the aspiring applicant. The information they seek can vary from resume-related ones, such as qualifications, skills, and hobbies… More often than not, they also end up turning towards the slightly more personal of it all in order to get a rounded, general idea of their personality as well.

You’d be surprised by the number of things you can learn about a person through their social media profile. Things such as relationship status, religion, past workplaces, and schools, they’re pretty much a click away from becoming part of anyone’s knowledge baggage.

A silver lining to all this, we suppose, is that the employers are no Sherlock Holmes. They won’t overanalyze the existence of a mere picture and dig into the specific details behind it or try to find vices where the naked eye can’t see them. More than two-thirds of the employers that were part of the aforementioned survey declared that they would, and have had, rejected applications in the past after giving a quick browse through a candidate’s social media profile. Usually, these were the main reasons:

It’s not even personal because it makes sense for anyone to automatically reject from their vicinity anything that might not benefit their reputation or affect the development of the business.

What Can I Do?

We’ve opened up this article with a pretty pressuring and poignant question. Well, can it? It definitely can. But you can also try to avoid putting yourself in any kind of trouble. The obvious first step is to avoid having your content part of either of the categories written above, but the options don’t end here. In fact, they’re extended enough to allow for a change of vibes and turn social media into that powerful ally we all know it as.

Some experts in the field cannot stress the importance of becoming yourself the filter that keeps the negative posts at bay in order to not leave the wrong impression on anyone visiting your profile. Social media profiles, like Twitter or Facebook, tend to show up among the first results on the first of pages. All it takes is a single Google search with your name and your content becomes available to everyone, an exact mirror of your personality, thoughts, and beliefs.

If you act as the filtering tool yourself, there’s nothing to worry about, of course. Aside from removing anything that might seem discrediting or inappropriate, it’s also recommended that you don’t keep anything involving complaints about previous bosses or workplaces.

Here’s something that not that many counselors talk about: plagiarism. In a time when copyright is becoming such a pressuring issue, how much attention you pay to it and respect it is something that a future employer might be really fond of. If you post a photograph not belonging to you, always have it credited.

If There’s A Reputation, Make It Good

This is an optional step. If you’re not active in your online environment, that’s perfectly fine. But if you are, make sure that there are only words of praise. And as a little bonus, it’s good to try to have an online presence because it surely brings some extra points in the employer’s eyes.

Social media is a double edged sword in the process of recruiting. It can be your most powerful weapon or your biggest liability. Pay careful attention on what you want to share because your future employer might eventually see it.

Create the prefect resume with the help of our in-depth resume guides. 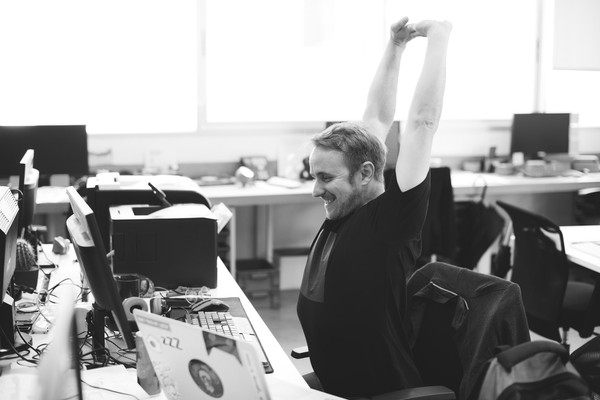 Scared of Your First Day at Work? 9 Easy Tips to Help You Not Blow It 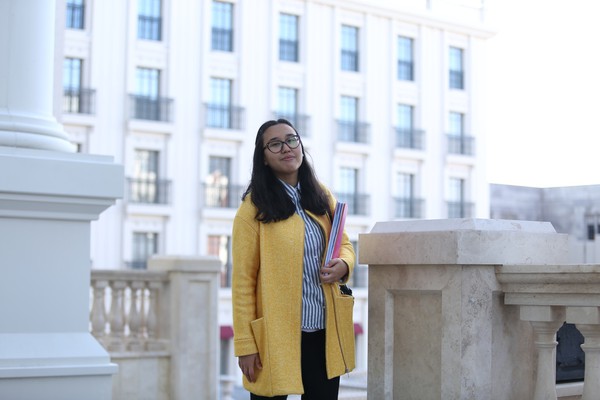 6 Tips for Salary Negotiation as a Fresh Graduate 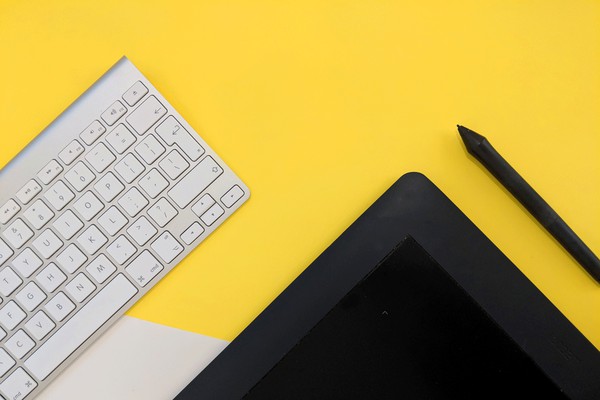 Why take the long way around?

We know a shortcut. Join 1,000,000 job seekers worldwide and build your best resume yet.